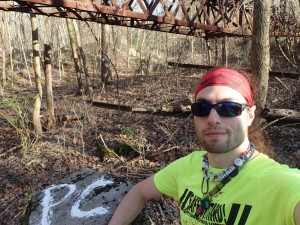 Today, he’s gonna lay trail. It will be live.

Who: Your hares, Weird Al Spankabitch and Gaelic Pasties
When: 4pm Saturday, 5/21
Where: Boner’s Lot <map>, but try to carpool, I guess.
Why: Cheap beer, good times, great friends
How much: free for first-timers, $7 for everyone else.
Theme: Weird Al! (what else?)

This entry was posted in Hashes. Bookmark the permalink.