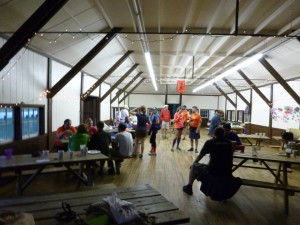 It’s that time of year, when Blooming Fools current and former gather for a mostly-annual hash family reunion to camp and drink beer and hash and eat orange food and hash and drink beer, in celebration of the ongoing existence of our kennel for all these many years!

To take advantage of hopefully less-sweltering camping weather, for the first time in a really really long time, we’re having Analversary in June, which also happens to be more or less around the time of year Blooming Fools *actually* had it’s very first hash.

Where: Brown County State Park Rally Camps
When: Friday, June 17th @ 5:00 PM through Sunday, June 19th @ 12:00 Noon(ish)
Why: To hash and sing songs and drink beer and most specifically, to celebrate BFH3’s 19th Analversary of Hashing, and to generally forge an even stronger bond with our awesome hash family, the Blooming Fools!
What’s Included: Three (ish) trails, swag , meals (including the chili cook-off!), orange food, random prizes and surprises for the talented or lucky, beer, bike fun, and camping at two big rally camp sites plus a screened rec building for meals etc. NOT included: State Park gate fee – bring your parks pass or pay $7 in-state plates, $9 out-of-state plates, at the gate! 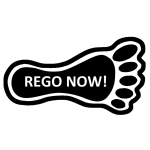 How Much: (Unless otherwise specified, prices include everything listed above.)

IMPORTANT NOTES: Absolutely NO registrations for any part of Analversary will be accepted after Thursday, June 16th. You cannot show up at the campground and pay for the whole weekend. You cannot show up on Saturday and hash and then go home. Unless you’ve already registered. Then you can do whatever the hell you want.

This year’s analversary will feature: